It's time to get festive with some A-list talent as iHeartRadio hosts its annual Jingle Ball, coming to The Forum on Friday 30th November 2018! This year, the line-up is hotter than ever, with Cardi B, Shawn Mendes, Camila Cabello, Calvin Harris & G-Eazy on the roster, proving that the holidays really are the most wonderful time of the year! Tickets available now, but not for long…! 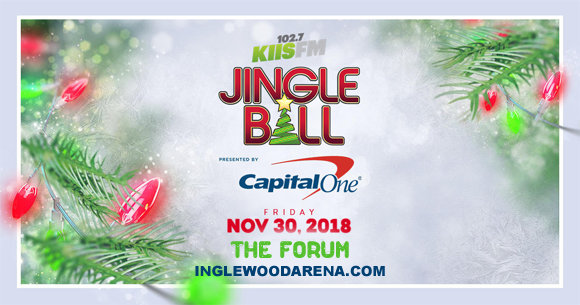 American hip hop recording artist, comedian and television and social media personality Cardi B first came to public attention through a series of posts on Vine and Instagram in 2013. The Bronx-based artist made her musical debut in 2015, featuring on a remix of Shaggy's track "Boom Boom", and that same year joined the season six cast of the VH1 reality television series Love & Hip Hop: New York, going on to star in season seven also. She released her debut full-length mixtape, Gangsta Bitch Music, Vol. 1 in 2016, followed by the second installment to her Gangsta Bitch Music series a year later. She released her debut commercial single, “Bodak Yellow,” was released on June 16th, 2017, and by October reached number one on the Billboard Hot 100 chart, making Cardi the first solo female rapper to reach the top spot since Lauryn Hill in 1998. The single went six-times platinum in the US. She released her debut studio album, Invasion of Privacy, in April 2018.