Once again, Josh Groban & Idina Menzel is coming to take over The Forum and you can grab the chance to be there! If you're a fan of either one of these outstanding vocalists then you are truly in for a treat as they both join forces for a beautiful show ahead! Josh Groban & Idina Menzel – book your tickets today for Saturday 27th October 2018 – it's going to be a great night! 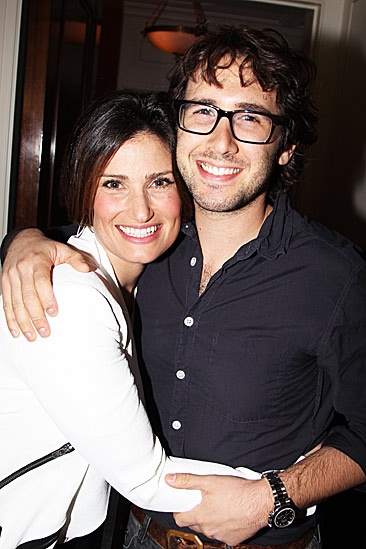 Joshua Groban was born in Los Angeles, CA in 1981 and begun his career into the music mainstream back in 1997! He has built his successful career with his beautiful and bold baritone voice. His musical style ranges across a number of genres, always keeping his classical roots, with a popular twist at all times. Josh Groban is known best for his smash hit single covers such as "You Raise Me Up," "You'll Never Walk Alone" and the Les Miserables anthem "Bring Him Home!"

In 2007, Josh Groban was titled as the number-one best selling artist in the United States, with over 22.3 million records in the nation. And to date, he has sold an outstanding 25 million and counting records worldwide!