Join the king of tropical salsa, Marc Anthony, as he heads to The Forum on Sunday 2nd December 2018 as part of his Legacy Tour! The Latin music superstar will be performing fan favorites from his multi-award-winning career, bringing an all-singing, all-dancing, colorful and energetic stage show that thrills, delights and gets the body moving! Tickets available now! 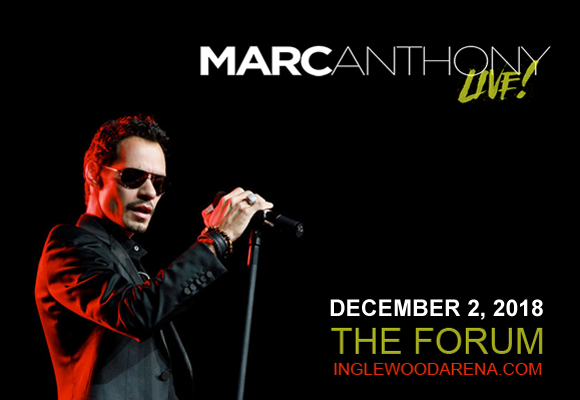 Two-time Grammy Award-winner and five-time Latin Grammy Award-winner Marc Anthony is the world's best-selling tropical salsa artist. Beginning his career in the 1980s as a songwriter and backing vocalist with pop acts Latin Rascals and Menudo, Anthony went on to embark a solo career, releasing his Spanish-language debut, Otra Nota in 1993. Anthony holds the Guinness World Record for best-selling tropical/salsa artist, having sold 12 million units worldwide, as well as a record for the most number-one albums on the Billboard Tropical Albums year-end charts. He has recorded eleven studio albums to date.