Hear the sound of the trumpets, the violins, woodwinds, the banjo…Did we say this is a rock concert? Yes, you've come to the right place where you can rock to your heart's content to the double-headliner tour of MODEST MOUSE and BRAND NEW. This is not your typical rock show where everything comes banging and smashing onstage. It's an aural adventure where that every rock fan should take. Don't miss the boat! Get your tickets now! 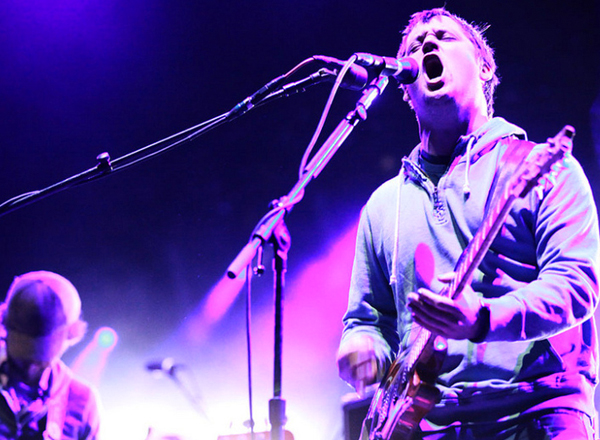 The quest for excellence, indeed, has it rewards. Modest Mouse definitely did not take any shortcuts with on the road leading to the adulation and accolade they are enjoying today. Prior to clinching a record deal with small-town indie record outfit K Records, tt took them two years to write, rehearse, record, re-arrange their demos. But in no time, they churned out hit-after-hit-after-hit singles and albums, earned rave reviews from critics, and amassed a wild loyal fan base. To date, they have released six studio albums and are the hit-making machines behind these major chart-toppers: "Broke," "Float On," "Dashboard," "Missed the Boat," "Satellite Skin," "Whenever You See Fit," and "Lampshades On Fire."

Unlike all the noise and chaos that typifies a typical rockstar, Brand New has an interesting and original sound that's as fresh as a brand new day. They still got that indie vibe, but with their growing popularity worldwide, they are seriously creating a buzz in both indie and mainstream rock circles. With four studio albums to their name, Brand New is responsible for these knockout hits: "Jude Law and a Semester Abroad," "The Quiet Things That No One Ever Knows," "Sic Transit Gloria, Glory Fades," "Jesus," and "Sowing Season."