2018 Billboard Music Award Top Latin Artist of the Year and Billboard Latin Music Award Artist of the Year, Ozuna, comes to The Forum on Friday 2nd November 2018! The Puerto Rican reggaeton powerhouse is touring the US for the third time this year, this time on the Aura Tour! Get ready to dance to the rhythm of the hottest Latin artist in the world! 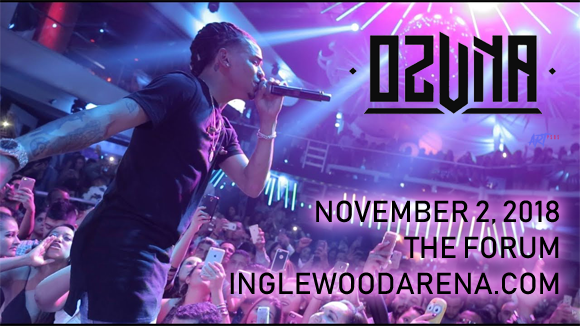 The man responsible for bringing Latin trap and reggaeton to a wider audience, Puerto Rican & Dominican artist Ozuna first came to public attention in 2012 with the release of his his single "Imaginando". Since then, he has amassed a string of hits, including "Si No Te Quiere", "No Quiere Enamorarse", "Te Vas", "Dile Que Tu Me Quieres", "En La Intimidad", "Tu Foto", "El Farsante" and "Se Preparó", and has become an online sensation, with ten of his songs hitting over 100 million views on YouTube. Ozuna's debut album, Odisea, was released in 2017.