Coming live to The Forum on Friday 27th July 2018 for two nights of mind-meltingly good music are improv gods and jam-band extraordinaire, Phish! The acclaimed hippie-rockers will be bringing their most far-out show, complete with stunning visuals and fan favorite tunes like “Suzy Greenberg,” “Fluffhead,” “Character Zero,” "Possum" and "You Enjoy Myself"! 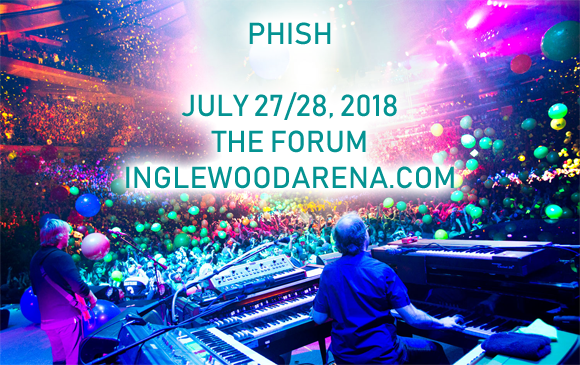