Calling all Pink fans!! The rock-pop diva is back on the road with a live show that will knock you senseless! Featuring aerial stunts, astonishing choreography, and, of course, Pink’s incredible raw vocal talent, the “Beautiful Trauma,” tour is coming LIVE to the Forum on Friday 1st June 2018! Don’t miss out on your chance to catch Pink live – get your tickets NOW while they last. 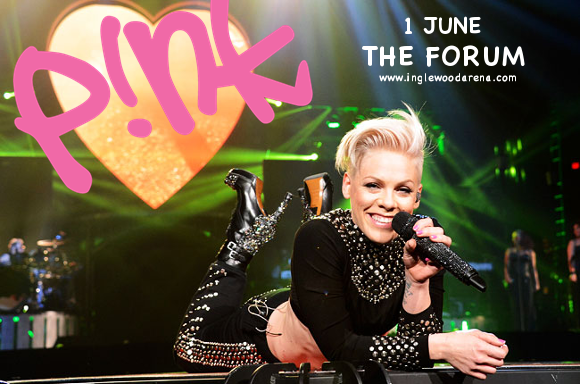 It’s almost twenty years since Pink first shook the music world with her first chart-topping single “There You Go,” in 2000. Since then, she’s attracted scores of followers and won the appreciation of music critics for her down-to-earth, honest lyrics and no-nonsense image, a refreshing change in a world saturated by conventional pop standards. As if that wasn’t enough, she’s also won the hearts of many for her activism and campaigning for equality of marginalised groups in society. Now, scores of hits, best-selling albums, and countless awards later, she’s back with her seventh studio album, “Beautiful Trauma.”

Preceded by her number one single, "What About Us,” “Beautiful Trauma,” was released on October 13th 2017 to a warm reception from audiences and universal critical acclaim. Be among the first to hear all the new songs live and get ready for Pink’s amazing live show, showcasing her talent to the maximum! Get your tickets today, they aren’t going to last long!!