International dance-pop queen Robyn comes to The Forum on Saturday 27th July 2019 in support of her latest album, Honey! The Swedish superstar's critically acclaimed LP is her first in 8 years and continues her legacy of intensely catchy, danceable tunes, so expect to be on the floor all night long, busting moves to hot new material from this incredible performer! 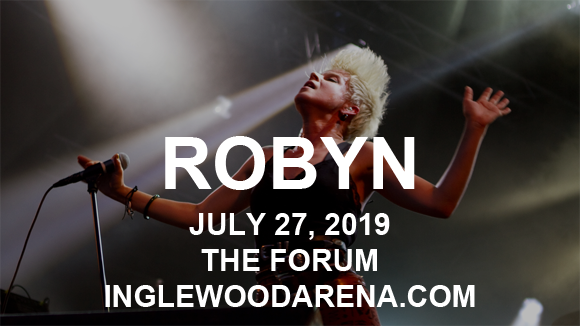 A teen star in her native Sweden, singer, songwriter and record producer Robyn released her debut album, Robyn is Here, with RCA in 1995 aged 15. Two years later, her music broke through to an international audience when she charted two top ten hits on the Billboard Hot 100 with the dance-pop singles "Show Me Love" and "Do You Know (What It Takes)". Her second and third albums, My Truth (1999) and Don't Stop the Music (2002), continued to grow her popularity in Sweden and 2005's self-titled album made her a global sensation, launched the worldwide hit "With Every Heartbeat", which earned her a Grammy Award nomination. She followed in 2010 with Body Talk – a critically acclaimed mini-album trilogy that received three Grammy Award nominations and produced three top-10 singles: "Dancing On My Own", "Hang with Me" and "Indestructible". Her eighth studio album, Honey, was released in 2018.