Clear your calendars – it's the event of the year! The Forum is playing host to the incredible Shakira and it's going to be out of this world! Catch this extraordinary show on Wednesday 29th August 2018 – you'll be pleased you did! Get your tickets today to guarantee your place! 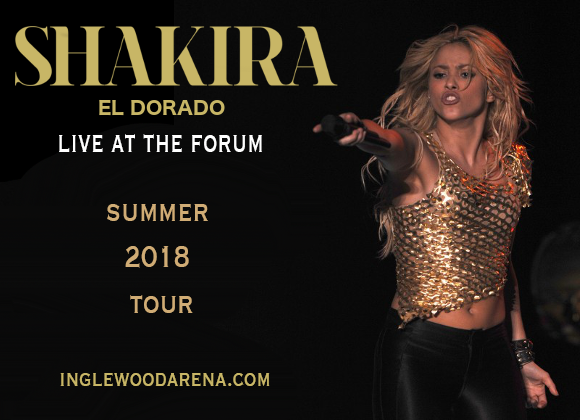 Shakira is one of the biggest singers to date, known for her sensational mix of music, from her Columbian background pouring through her mainstream sound. She's made it clear that her hips don't lie, with her out of this world dancing abilities. To this date Shakira has gained so many awards and recognition for her talent such as; 5 MTV Video Music Awards, 3 Grammy Awards, 13 Latin Grammy Awards, 7 Billboard Music Awards, 39 Billboard Latin Music Awards and has been Golden Globe-nominated.

It's such an exciting year ahead for Shakira as she has just announced the big news…. this coming summer she will be kicking off her North American tour titled 'El Dorado' as it starts out around the country then spreads to across the world. Lucky for her US fans as they will get the first taste of whats to come! The sneak preview before it's showcased to the globe. Shakira has had a break from the latin touring for over seven years now, making this come back even more enticing and unmissable than ever before!! You'd be crazy to miss this shining star on the LIVE stage – book your tickets above today!